Below is the link for further details

To celebrate the 2022 International Women’s Day, the Gender and Development Policy Centre (Gen-Cent) of the University of Nigeria organized a roundtable talk with female professors of the institution. The talk was aimed at encouraging women to get more involved in leadership roles both in the University and society at large. The Director of Gen-Cent, Professor Anthonia Achike, stated in her welcome address that many female professors do not exploit the opportunities available to them to sell their potentials despite being qualified or even relatively more qualified to occupy leadership positions. She noted that the roundtable’s aim is to re-jig and re-set the mindsets of many female professors about leadership.

During the roundtable, the guest speaker, Professor Edith Nwosu, the Deputy Vice-Chancellor, University of Nigeria, Enugu Campus, charged women to get more involved in politics and leadership at all levels in order to impact society positively. She noted that women are naturally endowed with good quality and as such, should come together and get more involved in leadership both in public and private spheres of endeavours with the aim of achieving a gender-equal world. In her remarks, Professor Nwosu said that if women sit in their comfort zones, the needed change to usher a gender-equal worldmay take longer than necessary.

Prof. Nwosu also stressed on some reasons why women hardly get involved or shy away from leadership positions. She talked about the “I”, the “Me”, the “She” tendencies etc.

Commenting during the event, Professor Grace Offorma, the Convener of UNN Female Professors Forum expressed happiness that the world has started to acknowledge women and what they are capable of achieving. She urged female professors in UNN to contribute their quota to development and success of womennot just in the University but the society at large. Additionally, she thanked Gen-Cent for organizing the roundtable and encouraged female professors to join in championing the cause for gender equality in appointment and elective posts in UNN through advocacy and agitation if need be.

A presentation titled “Gender Composition of Principal Officers, Council Members, Deans and HODs in UNN”was made by Dr Raymond Adibe, a Senior Research Fellow at Gen-Cent, to show the low level of involvement of women professors in leadership roles in UNN. He pointed out that some faculties in the university have never elected a female as Dean since inception while some have only elected a female as Dean once since inception. He also noted during his presentation that only two out of nine principal officers of the university are female and in the  2021/22 academic session, there is only one out of the nineteen elected deans of faculties in UNN. Data over a 10-year period presented showed that HODs appointed and Deans elected have been predominantly men.

Reacting to the presentation, some of the participants expressed the need to encourage women that are qualified for these leadership positions toaspire for them as it will also inspire emerging young female scholars.

The roundtable participants include:

Please click on the link below for further details.

The Gender and Development Policy Centre (Gen-Cent) of the University of Nigeria, Nsukka organized a round table with female professors in the University of Nigeria. The event was to commemorate the International Women’s Day for the year, 2022. The Round Table was held at the Presidential Lodge of the University of Nigeria, Nsukka on the 8th of March, 2022. There were 25 female professors in attendance. The programme of activities included: Opening prayer, introduction of guests, opening remarks by the Director of Gen-Cent- Prof. A. I. Achike and the Chairman of the event, Prof. Grace Offorma- the Convener of the UNN Female Professors’ Forum, presentation of the UNN gender data by Dr Raymond Adibe of Gen-Cent, a speech by the Guest speaker Prof. Edith Nwosu the Deputy Vice Chancellor, Enugu Campus, general questions, breakout session, presentations from the breakout session, lunch, group photograph, closing remark and closing prayer.

The following were the resolutions from the event:

The Centre was encouraged to organize similar workshops and other fora aimed at encouraging women to take up leadership positions.

Click on the link below for a comprehensive breakdown 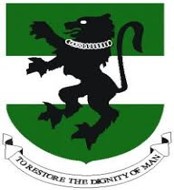 © 2020 University of Nigeria  Powered by Tenece